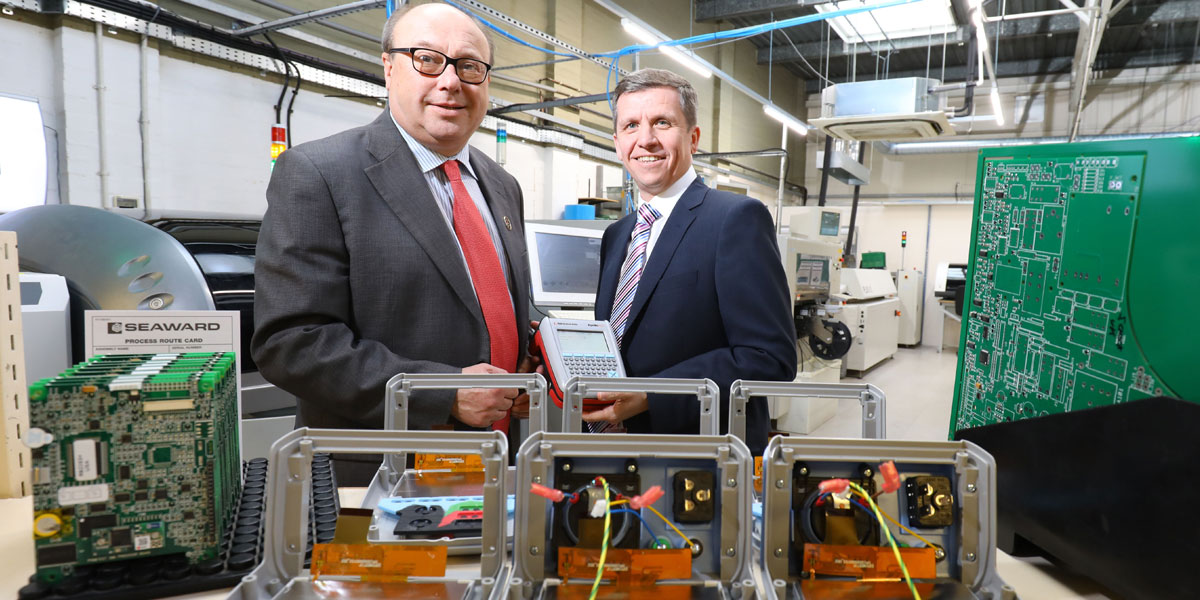 A campaign launched by Seaward in 2018 has sparked the introduction of tough new rules for landlords to keep private tenants safe.

Our campaign was backed by Easington MP Grahame Morris, who sponsored an Early Day Motion calling for the topic to be debated in parliament.

Policy makers in the UK have since changed the law to require landlords to carry out regular electrical testing in their rental properties.

Mr Morris said: "Seaward's successful campaign, which has been instrumental in changing Government policy, will help to save lives – as well as save families the hardship and pain caused by domestic fires."

But Mr Morris says the Government needs to go further to ensure the legislation is implemented as quickly as possible. And we believe the rules need to go further to include portable electrical appliances as well as fixed installations.

Housing Minister Heather Wheeler MP announced a series of measures designed to bring England's policy in line with that of Scotland.

Landlords will be required to undertake five-yearly safety checks, with new guidance being published setting out minimum levels of competency and qualifications for inspectors.

Andrew Upton, managing director of Seaward, said: "The new rules are an encouraging step in the right direction and I'm pleased the Government is taking the safety of tenants seriously.

"However it's disappointing to see that electrical appliances aren’t included in the legislation this time; and we will continue campaigning to ensure this happens.

"I am also keen to see the outcome of the social housing green paper consultation and hope to see similar rules introduced for those tenants."

Andrew explained quick and simple measures such as portable appliance testing (PAT) can highlight problems the tenant or landlord may not be aware of, such as simple wear and tear and appliances that don't meet UK safety standards.

Government statistics for 2017-18 show that faulty electrical appliances were the second largest cause of fires in the UK.

Despite this there is no legal requirement in place for landlords to regularly test any portable electrical appliances they provide in their rental properties.

Mr Morris added: "I welcome the Minister's announcement; however, we need a clear commitment on when the new legislation will be brought forward and assurances that any phasing of new electrical safety standards will not be prolonged and leave vulnerable families in dangerous sub-standard housing.

"The Government should adopt a standard that all homes should be safe homes and while I welcome the introduction of electrical safety checks within the private rented sector, the same standard should also cover social housing.

"I will be asking Ministers these questions in the weeks ahead, but today we should acknowledge the achievement of the electrical safety campaign run by Seaward."