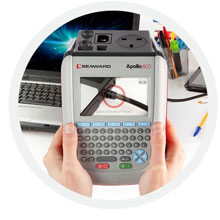 How Many are Failing the Test? – PAT Mini-series Part 3

In celebration of the Seaward Substitution Scheme, which runs all through May, we’re continuing our special PAT mini-series. Each post focuses on a different aspect of the PAT testing industry. This third post looks at failures and faults.

It is inevitable that when a PAT testing procedure is initially brought into a workplace, there is likely to be a greater number of failed appliances than in a workplace where regular testing is already established - due to items being in use for extended periods untested.

However, it is expected that when regular testing is established the rate of failures is likely to reduce, as potentially dangerous items are either removed from service or repaired following the visual and electrical testing procedures.

Electrical Safety First funded a programme where trading standards officers found that more appliances were defective, or faulty, during the first testing procedure ever carried out than in the subsequent tests.

What is interesting is that when analysis was carried out on the records of PAT contractors, these records highlighted that office environments had a much lower failure rate than industrial workplaces.

This then proves that carrying out PAT testing is not only necessary but that the recommendations for risk assessments from the IET and HSE are a very realistic way of making sure that higher risk appliances are tested more often than lower risk appliances.

When the nature of these failures were investigated further, it was found that a higher proportion of them were on the initial visual inspection - finding things like defective cables, a faulty enclosure or plug faults. Although, it was found that one third of the failed appliances did so because of a faulty protective conductor or insulation and these faults only showed up on electronic PAT testing.

However, despite the Electricity at Work Regulations and the guidance from the IET and HSE, faulty electrical appliances do still cause serious injury to people and property in this country.

When the Lofstedt report was published, it highlighted 1,000 workforce accidents and 30 fatalities due to electric shock and burns each year. Then when fires caused by faulty electrical appliances are taken into account, the cost to businesses and peoples lives is a considerable factor when examining the importance of electrical appliance safety.

So, when we look at the role of PAT testing in reducing these instances of fires, electric shock and burns we can see that PAT testing is an excellent way to not only prevent the use of equipment which may have unseen dangerous electrical faults, but is a way to make sure that electrical safety in the workplace is taken seriously.

What’s your opinion, have you found many faulty electrical appliances while testing? Tag us on Twitter using #seaward to show us your worst faulty appliances.