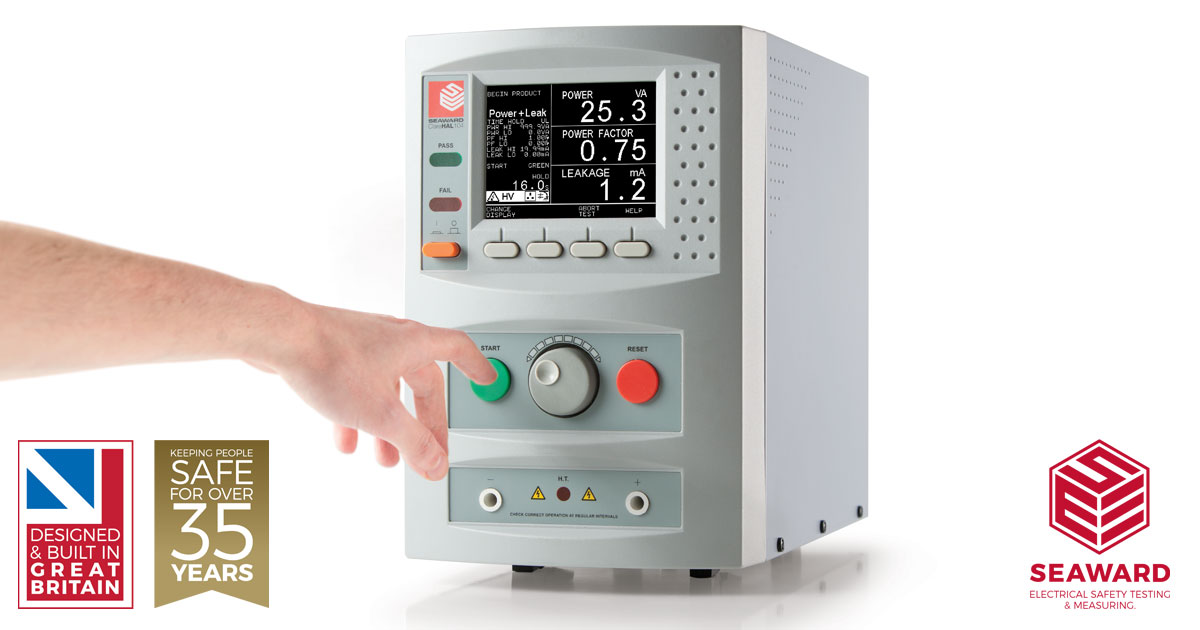 The Hipot test is a very versatile test and can be used for a number of applications, from research and development and type testing, to proving a safe build at the end of a production line, or even after repair.

In this article we look at the differences between the two most common types of Hipot Test, Dielectric Withstand Testing and Dielectric Breakdown Testing.

In principle the two tests are near identical in their application to the Device Under Test (DUT), however the outcome of the test is often different.

A hipot test usually involves two test terminals, an output voltage source, and a return terminal into which leakage current flows and is measured by the test equipment.

The Dielectric withstand test is the most common type of Hipot test. It involves applying a prescribed voltage, normally in the realm of 1000V or more for equipment powered from mains voltages.

The test (output) voltage is applied for a defined period of time (Hold time), ranging from a few minutes for a type test, to as low as a second for production (routine) testing.

Typically the successful outcome of the test will be determined from the amount of current flow detected in the return terminal. If too much current flows (Tripping Current) the test is aborted as a failure.

The magnitude of current flow is normally measured in milliamps, and a threshold of current will be set that determines if the test has passed. Again dependent upon the application this value may differ. It is fairly common to have limits in the region of 100mA for Type Test scenarios, where the test is performed in a more controlled, laboratory type environment. When performing tests on a production line these limits are often much lower to ensure test operator safety, something in the region of 5mA is acceptable.

This type of testing is often not destructive, unless a fault already exists in the equipment, hence why it is such a common test in the production environment. However longer tests performed as part of the type test, may weaken the integrity of the insulating material. For this reason products tested as part of the type test are not normally considered suitable for sale.

The Dielectric Breakdown test is performed in the same manner as described above, however in this particular test no maximum voltage is prescribed and typically there is no hold time.

The key parameter in this instance is the recorded voltage at the point of breakdown.

As described above the very nature of this test can be seen as destructive, the aim is to force the DUT to reach a point of breakdown. Therefore this type of testing is performed only in R&D environments, and is not considered suitable for use in routine testing as it would leave the equipment in an unsafe state.

It can be seen that both test methods have a place in determining the overall safety of a product, however there remains a correct time and place for these tests. With this in mind it is apparent why a Dielectric breakdown test is used only in research and development type environments and that the Dielectric withstand test is the more acceptable method for proving safety where the product will be used as intended after testing.

For more information on our range of Hipot Testers, please visit our dedicated page here