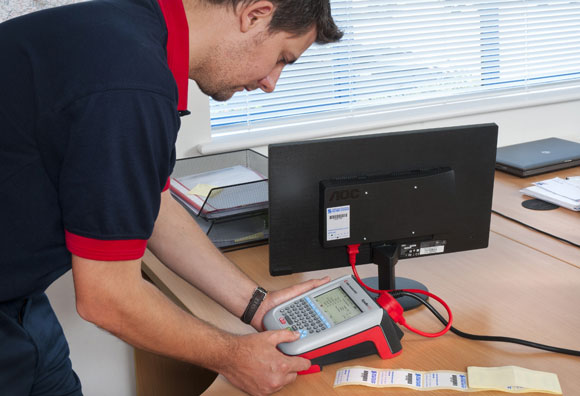 In celebration of the Seaward Substitution scheme, which runs all through May, we’re bringing you a special PAT mini-series. Each post focuses on a different aspect of the PAT testing industry. The first in this series is all about PAT testing practices to date.

PAT testing is one of those things that has sparked controversy and confusion in more recent years, but is a practice that still remains the best way to prove that equipment is maintained.

However, what is interesting is that if you go back through history, the very early testing of electrical appliances began as far back as the 1960s but in government buildings rather than across all businesses as is now common.

But, things have come a long way since those early days and with the introduction of the Electricity at Work Regulations 1989, which came into effect on the 1st April 1990, things changed dramatically from this early beginning.

This is when PAT testing as we know it began, however, not many realise that it’s not actually a requirement to have appliances tested, what is required is that the duty holder maintains their equipment. This is actually difficult to prove without PAT testing, so PAT testing is the ideal way to prove that equipment has been maintained satisfactorily to comply with regulations.

This is important in case of an electrical fault causing a fire, or giving an electric shock. In this instance duty holders can use Portable Appliance Testing to prove they have taken responsibility for the maintenance and safety of their equipment in the workplace. Sometimes, such practices are required by insurance companies or authorities.

However, when the Electricity at Work Regulations were first introduced in 1989, there was a considerable amount of uncertainty with these new regulations, but despite this, they have definitely contributed to a safer working environment in this country for the last 26 years.

Since this publication of the Electricity at Work Regulations, a number of other specific guidance notes related to periodic appliance testing have been published including:

It was following the publication of the Lofstedt report in 2012 that some initial confusion followed throughout the industry, people became confused as to how this report affected their testing procedure and what the new guidance would be.

However, when the IET and HSE published new editions of their guidance notes and publications, this set to rest some of the confusion as they set out a clear procedure how compliance with the regulations and successful testing for businesses and companies could continue.

Now, appliances and retest dates would be recommended on an individual appliance basis following risk assessments, so some high usage items or items in high risk environments would have closer recommended test dates than those appliances not used as frequently.

This remains the current practice and guidance to date. What’s your opinion of the more recent industry developments?

Don’t forget to tag us on Twitter using #seaward and tell us your opinion.